Who owns you? You? Or are you owned by something else? Something lurking in your own home?

We recently remodeled our home office. Home improvement work has a tendency to work your nerves over but is generally worth it in the end. In our case, the office is a room that gets a LOT of use. It also is home to lots of stuff. We didn’t realize how much stuff we had packed into that room until we had to move it all out. It was stunning. When everything was out, our entire upstairs was a disaster area of books, boxes, papers, knickknacks, office supplies and piles upon piles of other stuff.

If you’ve ever studied economics, you learned about the rule of marginal utility, or diminishing returns. This refers to the incrementally lower pleasure you get out of consuming an additional unit of a particular item or experience. For example, if you are dying for a cup of coffee and you run down and grab a latte from your favorite coffee shop, it is going to taste amazing and you’re going to revel in the enjoyment you get from that beverage. Let’s say at the end you get another one. The pleasure will probably still be there, but it won’t be nearly as strong as your first cup. Let’s say you get another, and another…eventually there will be no pleasure in consuming the coffee. In fact, eventually there will be displeasure in additional units of whatever you’ve been experiencing. This is diminishing marginal utility, or diminishing returns.

The same thing happens with the accumulation of “stuff.” We get some stuff and we feel good. So we get some more. But the high is not quite as good so we need bigger stuff, or even more stuff, or this stuff over here that looks a little different than the stuff I already have. The next thing you know you’re on an episode of hoarders.

There are a few problems with this natural inclination. First, the stuff is unlikely to really be bringing much pleasure into our lives. We buy because we are compelled to do so. This is a waste of money and a waste of space. Second, the stuff is unlikely to be quality. Because we need more and more of it, we can’t spend a larger amount on a larger quantity of clothes for example, and still be able to pay the mortgage.  So we buy lots and lots of cheaper clothes. We are less happy with what we have, and most of these things end up in the garage sale or charitable donations box. Instead, it would make more sense to spend more money on fewer things that we truly love and keep them for a long time. In the long run, we actually end up spending less.

Another reason that the accumulation of stuff can be a problem is that it makes cleaning difficult. If you have twenty small electrical appliances on your kitchen counter how long does it take to wipe it down compared to if you have two? Clutter makes you less inclined to clean, which leads to more clutter as you try to cover up the dust and grime. Clutter and dirt are not first class in anyone’s book, and they shouldn’t be in anyone’s home regardless of where you live, what your income is or who you are. One of my dad’s favorite sayings was “Being poor is no excuse for being dirty.” I might add, being not poor is no excuse for having clutter!

When you think about the things you own, are you filled with joy or do you feel weighed down? In other words, do you own your things or do your things own you? The feeling of dragging lots of stuff around with you can be damaging psychologically. Think of the hoarders you see on TV. Eventually they stop leaving the house. They are so owned by their belongings that they can’t even leave the house anymore.

Purging, on the other hand, can be very liberating. Lightening the load – literally – can take a load off of your mind. It is a mindset that you have to get into and it’s harder for some than others. Some people may even need to hire an expert to help them. If you like to DIY, start with one room and purge. Or make it a daily habit, for example, to put one item a day into the donation box and one item a day into the trash. It teaches good discipline, and it makes you think twice before you decide you need that kitchen gadget from Bed Bath & Beyond or that new tool from Home Depot.

When confronted with my own clutter, it makes me a little nutty. I have impulses to just THROW STUFF AWAY. I think about it even when I can’t see it, and just knowing it’s there has a draining effect on me. While I still have a long road ahead of me to becoming clutter-free, at least I can make a difference today by being careful about what new “stuff” I let into my house, lest it become part owner of me! 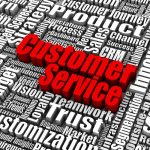 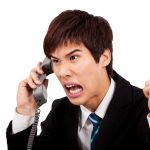