The Measure You Use

“When you judge another, you do not define them. You define yourself.” Wayne Dyer

“By judging others we blind ourselves to our own evil and to the grace which others are just as entitled to as we are.” Dietrich Bonhoeffer, The Cost of Discipleship

“For in the same way you judge others, you will be judged, and with the measure you use, it will be measured to you.” Matthew 7:2

There has been much debate about the Civil War and its southern remnants in our post Charleston church shooting America, some of it not very civil (pardon the pun). It seems to me that there is a pervasive idea that preserving and honoring history means that you agree with it or that tearing down or hiding history is a way to destroy modern challenges.

Putting aside the ever debatable causes of the Civil War, I think there is an important lesson to learn here. It’s easy to judge the people of the past through modern eyes. As 19th Century British novelist Elizabeth Gaskell said, “How easy it is to judge rightly after one sees what evil comes from judging wrongly!” It may be simple to throw all southerners of that era into the “evil” category and all northerners into the “holy and good” category.* It’s much less simple to understand events of the past through the eyes of the people who lived through it, especially those that ended up on the wrong side of history.

Let us take a look for a moment at the general view of the pre-war south towards slavery. (As Aristotle said, it is the mark of an educated mind to be able to entertain a thought without accepting it.) They thought they needed it. They were sure that without slave labor their economy would crumble and they would all be living in poverty. Human rights be damned. It was, it their eyes, a necessary evil. We know now that it was not the case, and in fact human ingenuity is in many cases far more efficient than human labor could ever be.

But the southern Americans did not see that. All they saw was fear of losing their livelihood. And they perpetuated the brutal enslavement of their fellow human beings, a practice that has remained a painful, bloody blight on our nation’s history long after it was abolished.

This fear is within us all, and drives us to do things to protect ourselves, both positive and negative.

Now let us acknowledge that future generations will judge us in the same manner that we judge generations past. What will they have to say about us as they make judgment calls about our goodness or evil based on the impact of our actions through their more enlightened future eyes? Maybe they will say things like this:

“Can you believe how Americans in the 21st century just bought all that stuff made in China just because it was cheap? They didn’t even care about how the Chinese people suffered and were practically slave labor! All they could think about was having cheap stuff. Disgusting!”

“Back in the early 2000’s, Americans wanted cheap food. They took it however they could get it, and they had no care at all about the senseless, horrific suffering of livestock animals in factory farms. They didn’t care that these feedlots were breeding super bugs that would eventually attack and kill humans. They didn’t care how these operations demolished the environment. They could have supported small farms raising animals naturally, but complained that it was too expensive. All they wanted was cheap meat, and now our generation has to deal with the disaster they left us with. What a bunch of selfish, short-sighted jerks!”

What does the average American have in common with a pre-Civil War slave owner? We both benefit from the exploitation of other human beings. We both engage in acts that are against the natural order of life with little regard to the ultimate consequences. When we convict the Confederacy, we must also acknowledge our own guilt.

Instead of judging, focusing on and railing against the injustices of the past, let us learn from history and apply those lessons to the here and now. It is of little benefit to people today to hate on those long dead who lived according to the values of their time, just as we do today. Wouldn’t it be more honoring to stop the cycle of abuse than to attempt to blot out the evidence of their suffering? A better use of our emotional efforts is to observe history as our great teacher in an effort to not repeat the horrors of the past and give future generations fewer bullets for our firing squad.

* As a damn Yankee I have a proverbial foot in both worlds. 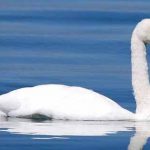 How to Become YourselfInner First Class 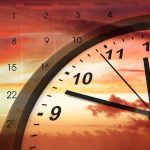