For a long time there was one subject I desperately wanted to write about, yet every time I tried it didn’t come out right. There was so much I needed to express but apparently it just wasn’t the right time for me to write it. That subject is my dad.

Our family picture, circa 1977. I’m the little shrimp.

Those in the know are aware of my fan crush on Mike Rowe, jack of all entertainment trades and most well known for his role as the host of Dirty Jobs. Mike can appreciate an honest hard day’s work, especially when that includes the need for a long shower at the end of the day. So I decided to pay my tribute to my dad in the form of a letter to Mike.

I think I finally got it right. Here is my “Dear Mike” letter.

I’m sure a lot of people write to you for a lot of different reasons and you end up deleting a lot of emails. This is the only email address I could find on your website, so I’m hoping this reaches you. Today I’m writing to you because I know you like a good story, and I think I have one. I’d like to tell you about my dad, Lyle Borseth, and hope that I don’t end up going directly into your spam folder.

I’d love to be telling you the story of a man who is about to turn 80 who lived the last 22 years of his life the way he lived his first 58: as captain of his ship, fearless and capable of fixing anything you put in his way. However, he passed away suddenly of a heart attack on January 20, 1995, just one week after I completed my last day of high school.

So instead I am going to tell you the story of a man whose legacy is so strong that 22 years after his death, his life and the 17 years we had together continue to guide me and teach me as I head into my 40’s.

In 1964 my mom and dad packed up their vehicles with everything they owned, four little boys and a dream too big to fit in the trunk or tie to the roof. They left behind sunny California and drove to northern Iowa where my dad was born in order to start farming. The naysayers were a dime a dozen; you will fail, they were told. Do you know what your odds are? Not good.

But Dad didn’t care about the odds. He cared about laying the foundation he wanted for his family; the independent and hardworking life of a family farm that creates strong character, healthy kids and a sense of freedom that can’t be achieved in any other way.

My parents did get their farm. They raised corn, soybeans, cows and more little boys. Eventually they did get a girl, then another one. The last girl ended up with a passion for writing; hence you are receiving this letter.

Beating the odds, the often harsh winters and the insane antics of seven sons, Dad never let an obstacle stand in his way. He learned to fix just about everything from farm equipment to cars to buildings to teenage boys and girls with attitude problems, all without the benefit of Google or YouTube. He built just about everything, including a reputation as an honest, reliable and trustworthy man. He was a mechanic, a carpenter, a veterinarian, an architect, a roofer, an entrepreneur and an environmentalist. He loved organic before it was cool, he ran for public office (and lost with grace, a valuable lesson for me) and he was not afraid to stand up for what he believed in.

As a man of faith, he was always ready to lend a hand. When an African American man showed up in our very, very white rural area wanting to start farming, he went around to other farmers looking for advice and help. Everyone laughed at him and told him he was nuts except for Dad. Dad and Ross ended up becoming good friends as well as neighbors, and I like to think that my dad was instrumental in the great success that Ross became in our area. This was just one of many times that Dad expressed his love for his fellow man by freely offering his knowledge, expertise and two calloused and weather worn hands.

As a farmer, Dad was no stranger to dirty jobs. From helping deliver calves to cleaning out the manure filled gutter in the barn, there was no disgusting mess that Lava soap didn’t clean up. Dad did what needed to be done, but still found time to build me a little log cabin (which still stands more than thirty years later) and a jewelry box (which I have carried with me through every move since I left home at 18). Dad was often stern and no-nonsense and could easily put the “fear of Dad” into us, but he could also make me laugh by speaking to my cat in Spanish or asking me if I had changed the oil in my car (haha – I did not inherit his mechanical skills).

In 1987 the tides had turned strongly against the small family farm. After years of barely making ends meet, an auction ended our full scale farming operation. Dad was a wise man, and he knew when it was time to make the tough decision. The sale of the equipment didn’t mean the end to his independence, though. Dad continued to build, grow, create and repair as his own boss, just in different ways. He was a stickler for detail, and a job done by my dad was job done right.

It turns out the only thing Dad couldn’t fix was his heart. Just a few days after telling his doctor, “I was born with this heart and I’ll die with it,” he did. My brother Eric said that when he heard Dad had died his first thought was that God must have needed something fixed. With my dad on the other side I’m sure everything is running smoothly now.

I learned a lot from my dad, but little did I know that the lessons would keep coming long after he passed on. As I grew up and created my own life, things that I didn’t understand when I was younger began to become clear to me. When I need strength, I remember how strong he was as we shipped my youngest brother off to fight in Desert Storm. As a parent now, I can’t imagine the heartache my parents experienced knowing Joe was in harm’s way, or the enormous relief they must have felt when he returned in one piece. When I need to stand up for what I believe in, I think of the extra expense and work he went through to avoid chemicals that harmed the earth at a time when “going green” was hardly en vogue and people must have thought he was a little off his rocker.

As my life progressed, I could see more and more all that he and Mom sacrificed for us. They worked with their hands, hearts and backs to provide us with the opportunity of a lifetime: to grow up on the freedom of a farm, strong and independent, owners of our own lives and calling none master. Some of us have channeled the entrepreneurial spirit Dad and Mom imparted to us, but even when we choose to work for someone else, that self-ownership and workman’s pride carries through, making us dedicated and honest employees.

Farming is a dirty job, but sometimes I think that raising nine children was the dirtiest job of them all. Dad got all nine of us through high school and showed us that we can and should pursue our dreams with discipline and integrity, even if it means shoveling a little manure. And then he left us, his final job completed.

Thanks, Mike, for letting me share with you about my dad. You would have liked him, and he would have liked you. If he’d been around for it, I can easily imagine him sitting in his recliner after a hard day’s work enjoying a cold one and an episode of Dirty Jobs. 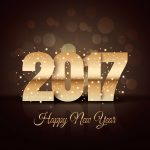 The Only Resolution That MattersBlog, Inner First Class 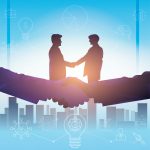 Nurture Your Nature (Or What My Little Ponies Taught Me About Myself)Blog, Featured, Inner First Class