Symbolic Power For Every Day

What do these symbols mean to you? 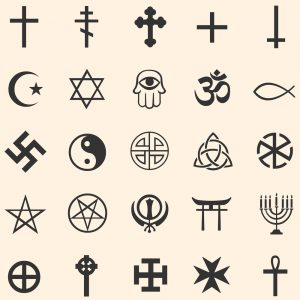 Symbols, symbols everywhere.Chances are for many of these images you don’t just see a picture with your eyes, you had an emotional response. Pride, fear, love, hope, anger. Symbols are powerful. Symbols can enrage or inspire. We can use our own personal symbols to help keep us at our best, or we can drag them around with us in a way that holds us back.

I’d like to tell you a tale of two symbols in my life.

The first symbol is a ring: a gold ring with a small diamond…my first wedding ring. Have you ever done something knowing full well that you were making a mistake? Yeah, that was me on October 6, 1995. I said “I do” while thinking what the hell am I doing?

What I was doing was escaping. I was running away from something instead of running to something. I was trying to bury my angry teenage years and get the heck out of town. Well, I got myself out of one proverbial hole and into another.

As the next two years passed that ring’s meaning changed. I repeatedly had to get my ex out of trouble, only to come home and be subject to his abuse. The ring came to symbolize not love and commitment, but a terrible mistake. Every time I looked at it I felt shame, regret and suffering. The ring told me I valued myself so little that I couldn’t even listen to my own intuition when it was screaming at me.

After my divorce I went to pawn the ring. The pawn shop told me they would give me $25 whole dollars. What?! I said. It’s gold and diamond, it has to be worth more than that! No deal!

So I took it home and put it in my jewelry box. There it was every day when I opened the box to pick out what to wear that day. Every day that reminder sat there accusing me…shaming me. Without me even realizing what was going on, every single day I got a quick emotional dose of that nightmare.

One day I opened my jewelry box and realized what was happening. Things were turning around in my life. I was a whole new person and yet I kept this dark memento of my past. So I took it back to the same pawn shop. This time I was offered $20.

I walked out realizing that I was right the first time. The ring was worth more than that. Not in monetary value, but in experience. Lessons. It represented a transformational time that I needed that could never be bought at any price. But that time had come and gone, and it was time to let it go.

Fast forward about ten years and I’ll tell you about another symbol.

Something I had always wanted to do from a young age was to learn martial arts. Not just any form, either…I wanted kung fu. Growing up in a sparsely populated area, my opportunities to learn kung fu were limited to the movies. But when I ended up in the Atlanta area I had options! One day I visited a kung fu school and was practically signing up before I walked through the door.

My favorite teacher, Sifu Kent, was the first person I met at the school and he became my mentor. This proud redneck kept me motivated, inspired and laughing over the next four years until I tested for my black belt, which was one of the most stressful moments of my life.

I’ll let you in on a little secret. I’m not a great martial artist. In fact, I kind of suck. Lucky for me, they reward hard work, determination and sheer guts with a first degree black belt.

I drove home from the test but it felt like I flew. I did it. I did it! I spent the whole next day staring at my belt. It’s just fabric with some tape wrapped around the ends. But it’s a symbol. A powerful one. It means that I showed up. Week after week, month after month, year after year. I put in the work. I sacrificed. I bled kung fu for four years and dammit, I won. For my countless hours of devotion, I became the proud owner of cotton and plastic. 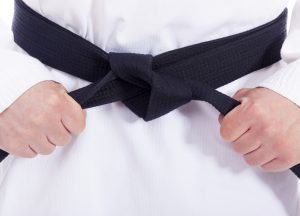 When I showed up for my first class after my test, I put on my crispy new black gi and with a deep breath I tied my black belt around it. I was lucky enough to test at a time where my first black belt class was called black belt conditioning. Pretty much it’s doing calisthenics in a weighted vest until your muscles fail or you puke. But I wasn’t concerned about any of that, because the moment I stepped onto the floor in my belt, all the lower ranking belt students stopped what they were doing, turned to me and bowed before returning to what they were doing.

That was what I had worked so hard for.

It’s just a belt. But it’s a symbol…a powerful one.

We all have a choice every day as to what symbols we are going to give power to. Some help us and some hurt us. For far too long I gave power to a symbol that robbed me of respect, then I found one that restored it. You have these symbols in your life too, I guarantee it. Think about the things in your environment that give you an emotional response when you see them. They are your symbols. Are they empowering? Or do they remind you of loss, guilt or regret?

Which symbol are you carrying with you right now, either literally or figuratively? Is it a ring? Or is it a belt?

create your reality, empowerment, getting rid of negative emotions, healing, self esteem 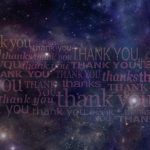 How to Raise Your Vibration in 40 SecondsBlog, Featured, Inner First Class 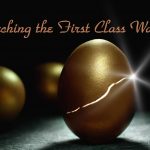