Why I Still Believe People are Good

It’s an election year, and it seems to be uglier than ever. People are ripping each other apart over political ideology, and it doesn’t help when candidates commit character assassination against their opponent’s supporters. Anyone, it seems, who does not support our preferred candidate is “part of the problem.”

A toddler in Kansas was recently beaten to death by his mother’s boyfriend who told the child to put up his fists and fight.

I am very sensitive to these news stories and seeing and hearing this type of behavior affects me deeply. It bothers me. It haunts me. I feel like I was there with the victim. I am one with the person or people being demonized. Unfortunately the world is filled with these acts of hate, disrespect and unconscionable violence.

So why then do I still believe humans are, at the core of their being, good? Doesn’t all the evidence point toward the contrary? Am I delusional, hiding my head in the sand or sticking my fingers in my ears singing la-la-la-la?

Perhaps I am. But I cannot deny what else I see.

I took my two year old son to the park this morning. Without hesitation, he immediately ran over to another toddler and said, “Hi! Hi!” The other boy happened to be of a different race, but the little ones are truly color blind. It did not phase either one of them for a moment. They did not have to think about being culturally sensitive to one another or pat themselves on the back for embracing diversity. They just looked at each other and saw that they were the same.

As they played together, the other little boy stumbled and fell to the ground. My son ran over and put his hand on the boy’s shoulder and said, “K? K?”

If toddlers, a group of children well known for their self-centered viewpoint of the world (“Mine! Mine!”), can pause and look out for the welfare of another, then I know that our default setting is not evil, but good. If a two year old can do it, we can all achieve compassion.

You don’t have to agree with me, but I believe that we humans are born with a divine spark within us. That we are the image of God. Somewhere along the way as we get older, that truth gets suffocated by darkness, lies, and suffering. We forget who we are; we forget the power we have inside. The memory of our divine roots gets buried beneath the dirt and grime of the world, and we start to act as though, as some have suggested, we are mere biological robots.

When I look at people, even those have done wrong, I look for that divine spark. It’s there, even if it has been covered up and hidden from them. They have forgotten who they are. My son and his new friend could see that spark in each other immediately because they still have it out in the open. Unhindered. Unashamed. Free.

We must remember who we are. We must take back our power. If we can recover our divine heritage, we can truly create heaven on earth one person at a time. 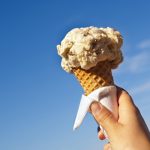 Savor the Moment Like a ToddlerBlog, Outer First Class 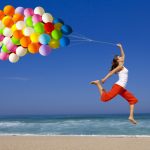