She Must Have Asked For It

There’s been no shortage of bad news lately. One the biggest bad news stories is the six-month sentence given to a Stanford student who sexually assaulted an unconscious woman by a dumpster. The ensuing outrage about his light punishment, especially considering he was caught in the act, has renewed a public discourse about rape.

I believe that this case shows that so many men still have a flawed view of rape. Either they think it’s not such a big deal (after all, a lot of guys will drop their pants for anything that breathes so they think women do or should have the same attitude, and it’s not like is fatal…) or they think that she is somehow at fault for the violence perpetrated against her. For a judge to hand down such a light sentence, it shows he is likely the holder of some of each of these beliefs.

It may be difficult for men to understand the trauma of sexual assault unless they have been a victim themselves. Women comprise about 90% of reported rape victims, so this is a crime that disproportionately affects women. Some men may not be able to identify with the deep violation, shame and decimated sense of personal security that rape takes away from women. They might not think about the years of nightmares and non-stop fear she experiences afterward. But the only way they can is if we tell them.

Years and years ago I was writing a short story about a married couple where the wife is raped while she is home alone one night. The focus of my story was the husband and his healing process after the attack, and how it impacted their relationship from his perspective. Looking for more insight, I asked my boyfriend at the time that if he was married and he found out his wife had been raped, what would be his first thought.

Is she ok? No. Did they catch him? No. I’m going to kill that @*$#$#!!! Nope. His answer still disturbs me deeply. He said his first thought would be to wonder if she did something to provoke it.

I was speechless. By all accounts this guy was a good guy. He loved his family, would gladly help a stranger, paid his taxes and got to work on time. He wasn’t a chauvinist nor a womanizer by any stretch of the imagination. Yet he had this belief that if a woman was sexually assaulted, somehow she must have asked for it. She must have been dressed too scantily or led him on like a tease.

If how someone is dressed or the way they talk is justification for violence, then is a woman within her rights to run a man over with her car because he looks like her jerky ex-boyfriend or told her she needs to lose weight?

We may not be able to change what’s in the minds and hearts of sick individuals who believe it is ok to violate the rights of others. But we can try to reach them before they get to that place in their minds and we can influence the beliefs and understanding of good people who just have flawed thinking. If we can eliminate the idea that women are somehow responsible for the violent actions of men and replace it with the realization that each person is responsible for their own choices we will be on our way to reducing this tragic plague on society, and when perpetrators are caught they will receive appropriate punishment.

I’m the kind of person who tries to find meaning in heartache and purpose within suffering. If there is any silver lining to this case, it’s that it has woken us up to the need to have this discussion. Hopefully this time it will start to sink in with the young men in this country. I pray the next generation of American men is an awakened one. 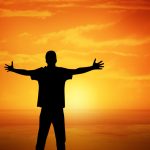 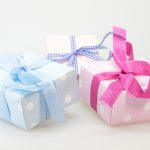