Early yesterday morning an earthquake measuring 4.4 shook up parts of the southeastern United States including my part of the greater Atlanta area. I happened to be awake in bed at the time, and the surreal feeling of the house shaking followed by the French doors to the bedroom rattling against each other was completely unexpected. I reached over and shook my poor husband awake yelling, “The whole house is vibrating!”

He dismissed it as a combination of crazy cat antics and air pressure shifting as the heater turned off and on and went right back to sleep, but I was not convinced. As I took to social media several hours later I realized I was not crazy. There really had been an earthquake and I wasn’t the only one who felt it. The rarity of the event and the fact that there was no damage to speak of made it more of a novelty than anything else, but many of us who aren’t used to that kind of thing got quite worked up.

Now, a 4.4 quake on the grand scheme of things is nothing. A friend of mine from California scoffed and made a bit of fun of all of us who freaked out, and after I got done laughing with her it made me take a step back and see that I do the same thing with snow. Coming from the Midwest, I grew up around more snow than I care to remember. So when people who have lived in the more temperate southern states their whole lives get snow and then frolic and/or panic over an inch of the white stuff, I laugh. I’ve dug my car out of a snowdrift so many times I could make an art form out of it. If I rolled my eyes any harder they’d get stuck that way. But when it comes to earthquakes, I’m a Southerner trying to drive in snow.

With this perspective, it makes me realize that the blessing of trials is that once you have enough of them, when another one comes along you get less and less phased. You’ve seen that blizzard before. Another earthquake? *yawn* You know that your survival success rate is 100%. The first one or ten or one hundred are stressful. You worry. You freak out a little (or a lot). Crying, kicking and frustration may take over. But as my mom always says, this too shall pass. And it does. It always does. Whether it’s a 4.4 or an inch of snow, if it’s a fight with a loved one or an unwanted job change…it passes.

In the midst of our challenges we often ask why. Why is this happening to me is a common, although quite disempowering, question. That way of asking why immediately puts us in the role of victim, which is never a helpful position to be in. A better way to ask why is to say “What am I going to learn from this?” Right away you have taken control. You are not blown about by your circumstances but actively taking responsibility for how you respond.

I was recently asked what my response is when a disappointing situation occurs, and my answer was this: I look for the lesson.No matter what negative or seemingly negative thing happens in our lives, if we just suffer through it without pausing to reflect, learn and grow we will soon enough find ourselves right back in that spot again. We will continue to subconsciously re-create that situation until we find and accept the lesson we need to learn.

Whether we are shaken up by a job loss, an illness or a literal earthquake, there is always going to be someone else who has been there, done that who dismisses your worries with a wink and a smile. Don’t take their poking fun as a lack of empathy, instead be encouraged that you too someday will have the luxury of looking at new trials and shrugging them off as just another day and just another way to learn.

The next time you feel that you are not on steady ground, take charge. Look for the lesson. Even when you’re taken by surprise, you are in control of your response to anything and everything. You can be shaken, but not stirred. With enough practice you’ll go from being a Southerner in a snowstorm to being a Californian in a 4.4. 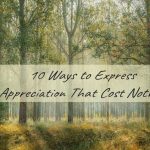 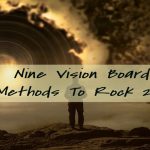