How to Change the Past in 3 Easy Steps

One of the things we take for granted is the supposed truth that nothing can change the past. We look back at things we did or things that were done to us, wishing we could change them. If only we had a time machine. But, you can’t change the past.

Or can you? What if…you could?

I believe that not only can you…you should, especially if you have unresolved issues, anger, guilt or regret. This special form of time travel can heal your spirit and make your presence in the here and now so much more free.

Step 1: Analyze what happened and determine what lesson or lessons you can draw from that experience. Even the most negative of events can have a positive outcome if we choose to learn instead of just suffer. Sometimes that lesson is that we can connect on a deep level with other people who have been hurt, or to help those who are doing the hurting.

When I was married to my abusive ex-husband, there was one night that was particularly awful. After the unfortunate events of the evening, I was sitting on the kitchen floor in the dark, crying, after he’d passed out in the bedroom. I looked up at the window where the shadows and light were coming in at just the perfect angle to create a cross in the window pane. It was a message to me that I was not alone, and not to lose heart. The next day I left him for good.

There are so many lessons I learned from that night. Here are a few I’d like to share:

Imaculee Ilibagiza spent three months locked in a bathroom with seven other women during the 1994 Rwandan genocide. Most of her family was slaughtered in the violence. When it was finally safe for them to leave their hiding place, Imaculee was brought face to face with the man who killed her parents. The prison guard gave her a weapon and made it clear that whatever she did with it was up to her. What she did was tell the man that she forgave him. In those many dark weeks of rage and injustice, Imaculee had learned an incredible lesson in who she was and who she wanted to be. What she did not want was to be like those who had put her through that hell on earth.

Step 2: Recognize the party or parties involved that need to be forgiven and forgive. I cannot express how much freedom and healing there is in forgiveness. I recently saw something that said, “Forgiveness doesn’t change the past; it changes the future.” I agree 100% with the sentiment, but in a way it does change the past because it changes the way you remember it. Instead of looking back with anger, you can look back with a more objective perspective, taking the lessons learned instead of just holding on to suffering. You can leave the negativity of anger or resentment in the past, away from the brilliant present and future that you are creating for yourself.

Forgiveness is not something you do for the perpetrator, but for yourself. Of course, sometimes the perpetrator that needs to be forgiven IS yourself. That can be the hardest one of all. I believe at the root of being able to forgive in these tough situations is developing the capacity for compassion, even for those among us who have done unspeakable acts of violence. If we can understand that people hurt others only when they are in a place of suffering themselves, it softens our heart to the truth, that we all have hurt others in moments of pain. The compassion that develops is crucial to lasting forgiveness, both for ourselves and others.

I recently heard about the story of Palden Gyatso, a Buddhist Tibetan monk who was captured by the Chinese and was imprisoned and tortured for decades. When he thought he was finally facing death once and for all, he said that he was afraid. Not afraid of death, but afraid that he would lose compassion for his Chinese torturers, who only committed these acts against him out of ignorance. What if we could all demonstrate such purity of heart? By worldly standards, Palden would have every right to be bitter, hateful and resentful. Instead, he is embracing the freedom he now has to enjoy because he has exercised compassion and forgiveness.

For my story, even though I experienced far less suffering than Palden, forgiveness was long in coming. I do recognize that my ex-husband was a confused and conflicted person himself. He had a very difficult start in life, having been born addicted to crack, and I understand that this played a major role in his inability to function in a loving personal relationship. When I try to view him in this light, compassion and forgiveness is much easier to grasp. I also needed to forgive myself for ignoring my own inner warnings. I had not been true to myself and knew that I needed to let go of that regret and commit to listening to and honoring my inner self.

Step 3: Go back in your mind to the place in time you want to change, then replay it in your mind the way you wish it had gone. How does it make you feel? Keep that better emotion and replay it again with your new and improved ending. Replay it different ways until it makes you feel free at the end.

I admit, when I first replayed that night it was not in a mode of compassion. I imagined myself grabbing weapons and using them on him. I fantasized about a super hero jumping in to rescue me and punishing the bad guy. I mused about a stray bullet from a gang fight making its way into our apartment and then into his head. All of that made me feel justified. Haha, he got what he deserved! But it was a negatively charged emotional high. It was not based on healing, but on revenge. I still felt that injured emotional lock in my gut. I still felt like a victim.

It took many, many attempts to visualize myself stopping him in his tracks when he moved aggressively toward me. I told him I understood why he was lashing out, but that I was not the one who was going to be on the other end of it. After informing him I was leaving, I picked up my cats, my purse and my car keys and left, leaving him alone to figure out what had just happened. Now this is an empowering version. I took responsibility. I didn’t repay violence with violence. I prioritized and honored myself.

Don’t worry if you have to do multiple tries to get to a version that leaves you in a better place. I probably had to do it a thousand times.

I’ve taken a light hearted approach to this very serious subject. The three steps don’t literally change the past, nor are they easy. But they will change your present and future by changing you own your past, and it is worth it to do so even though it is not an easy task. You owe it to yourself to give it a try and do a little time travelling to make your world a better place. 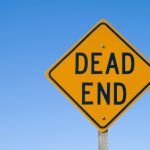 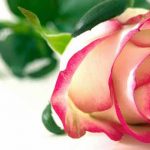