Freedom in a World of Control

People are wont to get quite political on Facebook, and I recently saw this meme:

While I don’t particularly care for the political rhetoric being promoted here, it really got me thinking about how pervasive it is for people to have a lot of animosity toward people that they believe have direct or indirect control over them. People hate their bosses and the companies they work for, even though the money generated by those despised entities puts food on their table. A sole proprietorship with just one major client that keeps them in business can secretly loathe that client, even though if that company or client went away they could be in big trouble financially. Why?

This is a good question. Why do we sometimes harbor ill will toward those that hold some sort of sway over our lives? I think deep down we know we were meant to be free, and we resent it when that freedom is usurped. If we are not experiencing enough personal freedom, that desire turns into loathing toward the ones we perceive as being responsible for that.

For sake of argument, let’s take the welfare example. Someone is getting money from “the state” which only gets money by first taking it from someone else. People do know this. So they are indirectly controlled by money generating citizens because they are not generating their own. In some states they have to pass a drug test (regardless of how you feel, this is an exertion of control). If they have kids, it is likely that their only choice is to send them to public school where there are more rules to abide by. (At least in some states if you are also getting public assistance for a special needs child they are required to go to public school). Assuming they are also on food stamps, their food choices are limited. In most areas they can’t use food stamps to purchase the freshest food available at farmer’s markets. They are told how to do pretty much do everything. One can see how this would get frustrating.

Employed people are not exempt from this. While they may have more other choices because of more available funds, they are still tightly controlled in what they can or cannot do in their job function. They may have to do things that they disagree with from an efficiency perspective, or much worse, be compelled to do things they disagree with on an ethical level. Some people are blessed with jobs that do not put them in a box or present them with ethical dilemmas, but many others are faced with this on a daily basis.

Add to this all the other societal expectations of what to do and how to do it for anyone, regardless of employment or social status, and you arrive at a very frustrated populace that, whether they realize this or not, is yearning desperately for a little freedom.

So how do we break out of it? How do we find a place to breathe freely in a world of controls?

We may or may not be able to find the perfect job at any particular point in time, and most of us do not have the option of moving to a private island where we can make all the rules. But there are a few things I think we can do.

Be OK with swimming against the current. In American society, “being different” is met with surprising disapproval despite being touted as a desirable trait. I believe what is really meant by “be yourself” is that it’s ok to do the same thing as everyone else in a different way. But if you deviate too far, then you’re off the reservation. If you are really going to go a different route, whether it’s your lifestyle choices, medical care decisions or career path, you have to develop a thick skin. Many people will be resistant even if your decisions have no impact on their choices and try to put you back into the box. But there is great freedom in being able to say no to the herd and yes to yourself and learning how to be at peace with it.

Support people who are demonstrating freedom. I know a guy who is pretty much a social anarchist. He rejects cultural definitions of beauty, just says no to shaving, bathes once a week and forages for food. I disagree with him on a lot of things and his life choices are not what I would choose for myself. But I’ll stand up and defend his right to do and believe as he does any day of the week. He is the most liberated person I know and I really respect that about him. If we want the ability to be free in our choices, we must be ready to support the right of others to be free even if we do not agree with them.

Embrace the freedom we have that can never be taken away from us: the ability to think. So far, technology has thankfully not “progressed” to the point of mind control. I do believe there are forces at work to try to influence our thoughts and behaviors, but ultimately our thought world is ours and ours alone. Exercise this freedom daily with using your imagination to build majestic mountains of thoughts and ideas, meditating on your favorite topic (or nothing at all) or creating something new and different. In my opinion, this is the most powerful force of freedom of all. You can be in prison, you can be tied up and you can be compelled to do things you don’t really want to do, but you can’t be forced to agree with it. The freedom within is our greatest treasure.

Perhaps if more people realized the power of this freedom, “the box” would be a whole lot bigger than it is now and we would have less ill will toward those who exert control over our lives.

How do you celebrate your personal freedom on a day to day basis? Share below! 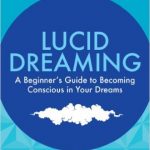 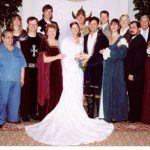 Every Day is 9/11Inner First Class