Class Act: The Heart of Christ in Charleston

In pondering my Class Act for the month of June, I never could have fathomed who I would end up selecting, and why. There are some events that break your heart over and over again, first with an act of tremendous hate and sickness, and then by bringing you to your knees with the expression of love of the beautiful souls of those who suffer because of it. This is such a story.

When a deranged, hateful individual murdered nine people in a historic Charleston church less than two weeks ago, it was a crime that shattered the nation. More than just a tragic shooting, it was an attack on the unity of the country as a whole. The killer stated that his intention was to start a race war. Not just to kill nine black Americans, but with the intention that his hate would spill over and that others across the nation would attack each other as well.

Yet the families of the victims gave the killer the opposite response. In an act of outpouring of the love of the God they serve, the killer heard forgiveness from the families. “I will never be able to hold her again, but I forgive you,” a daughter of Ethel Lance said. “And have mercy on your soul. You hurt me. You hurt a lot of people but God forgives you, and I forgive you.”

Would I respond with such incredible grace if it were my mother? Would I show the very heart of Christ when it mattered the most? As Jesus forgave his killers when they were in the very act, the families of the victims showed the world the power of Christ within them by following in his footsteps. The faith displayed by these suffering people is the very essence of what it means to be a Christian. To forgive. To love. To know that the power within them is greater than the power that is in the world.

Charleston Mayor Joseph Riley joined with them, saying “This hateful person came to this community with some crazy idea that he would be able to divide. And all he did was make us more united, and love each other even more.”

Evil came to kill, steal and destroy but was met with grace, forgiveness and unity. Let us all take Mayor Riley’s words to heart. Let us not fall into the trap that the killer set and attack each other over any chain of events this assault put into play. Instead, let’s join together and show wickedness how much more powerful love really is.

To me, this is the real lesson here. Each of us has been wronged at some time in our lives, and probably not to the extent that the Charleston family has been with the violent loss of a loved one. Therefore we are each faced with a choice: forgiveness or bitterness. Grace or judgement. Love or hate. If they can overcome this, who are we to hold on to petty resentment? Can we not also forgive wrongs, both great and small? Can we choose love when it matters the most?

This demonstration of all the goodness that the human soul can achieve is beyond first class. These incredible people may be my “class act” for the month of June, but really their faith is the act of the decade. 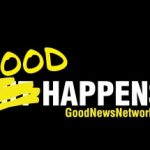