Today’s guest post is from Public Speaking Coach Kelly Ladd. I heard Kelly give this bit of wisdom as a speech recently and couldn’t wait to share it with all of you as a blog post! Enjoy!

I remember when my daughter’s first tooth fell out.  I was so excited!  I kept it in a little box with a bow around it.  That’s how it seems to be with our childhood milestones.  We get so thrilled about them.  And then we mature and the milestones dwindle for a while.  Then we begin a whole new set.  We are not nearly as excited about these.  Things such as your first gray hair, your first wrinkle, or your first pair of reading glasses.  There was one first in particular I really struggled to come to terms with.  I think a lot of ladies do.

It happened while I was at the gym one morning. I was eyeing a tight knit group of four young men working out together, but not for reasons you might suppose. It was actually the 50-pound barbell they were passing between them that I was looking at. I needed it to complete my workout routine…dead lifts to be specific. They are the best thing for shaping your…mmmm…legs. I had done all my other exercises and still it was missing from the barbell rack, only now it was resting on the floor as the four chatted away with each other. 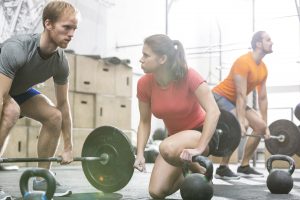 There was nothing to do but to go over and ask them for it. I know this to be proper protocol in the gym because people have done the same to me. So I walked over and asked them if they were done with it. A couple of them nodded yes, but one in particular looked right at me and said,

Wait, what? Did he just call me ma’am? When did I become a ma’am?  I’m sure that I had been called ma’am before.  Some well-meaning waiter or clerk had probably used it. I’d never given it a second thought up until now.  But this somehow seemed different.

Don’t get me wrong. I’m not delusional about how those young men–oh they’re really just boys, who am I kidding–those boys perceived me, and they were all jocks. Even in my heyday I was never the jock type. (Though how I actually came to marry a jock is something my close friends are still scratching their heads at.) It’s not like I was expecting them, or anyone else in the gym to check me out…but ma’am? I wasn’t entirely sure how I felt about that. 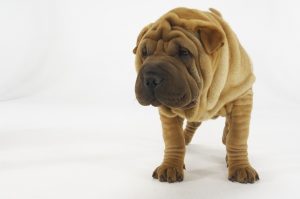 I thought about it as I crunched out my dead lifts (2 sets of 15).  Well, frankly it’s hardly surprising, after all 45 is safely behind me. I looked in the mirror the other day and thought, “Who is that old woman?” I think I was holding my own until motherhood robbed me of any significant sleep. I could fit a $1.63 in pennies into the bags under my eyes. Wrinkles, gray hair that even Miss Clairol won’t cover up, and belly fat are all tell-tell signs that I am no longer a miss.  I’m a ma’am.

After a certain age, men get called sir, but no one seems to notice that.  After all who wouldn’t want to be a sir.  It sounds like you’re about to ride off on your faithful steed into the sunset. Like people should salute you military style as you walk by. Like you’re wearing some kind of invisible tuxedo.  Women get called ma’am which conjures images of bristly chins and too much face powder. I’m a ma’am.

As I put the barbell back on the rack I took another look at the four boys still chatting with each other, so oblivious to many firsts still ahead of them. I am not the girl I used to be, I thought. But then I realized that the girl I was probably wouldn’t have gone over there and asked for the barbell to begin with. As stupid as that seems, I would have been too self-conscious and insecure. I would have skipped the exercise, or at best made due with a lighter weight, or just waited around until they returned it to the rack. What a wuss that girl was! Always worried about what other people thought. Afraid to step a toe out of line, afraid to offend someone with my very presence, afraid to ask for what I wanted.  I think I’ve finally left some of that behind me now and it is liberating. 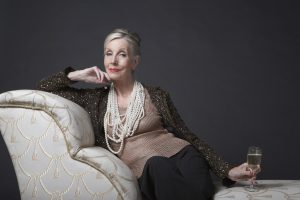 You may call me Madam Dead Lift.

You know something else? I have to admit that I was just a tiny bit thrilled by it. With that ma’am there was a tinge of respect.  “Ma’am.” “Yes, ma’am.” It’s not so bad once you get used to it. Helen Mirin is a ma’am and she’s got more goin’ on than half those empty-headed starlets in Hollywood. After all, it’s just a contraction for Madam, a title they use in England to address the Queen herself. And if you’re lucky enough to be Southern you know it’s a term of deference and respect.

Why do we women dread it so much?  As if getting old enough to be respected is somehow shameful.  Do we think if we are no longer a miss we don’t have anything to offer the world? Miss, a word that sounds more like air than actual substance, that sounds like you could do no more than suggest to a butterfly that he move to the next flower petal.  Why miss the “miss”?  I say it’s time we take back ma’am.  It’s time we embrace it with pride and recognize it with dignity.  Yeah, that’s right!  I’m not the girl I once was. I’m a woman. I’m empowered…a force to be reckoned with.  I’m a ma’am!  So, go ahead, call me ma’am. And try keepin’ that 50-pound barbell from me at your own peril. 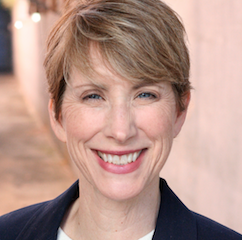 For Kelly Ladd, speaking in front of people has always been natural, even fun.  She was fortunate to be raised in an environment that encouraged and cultivated the skill of speaking in front of others. This gave her ample opportunity to develop her natural inclination. As she grew to an adult she focused this tendency on performing and studied to be an actor. Her studies in college, NYC, and LA included diction and delivery as well as acting.

Harnessing these skills when she became a computer software instructor, Kelly spent years on her feet every day speaking to people she’d never met before. Two years ago she started to teach her approach to public speaking, combining the skills learned on the stage with her experience behind the podium. Kelly has taught classes that covered everything from preparation to delivery, including accent reduction, speech delivery, and subject presentation.  She is always amazed to see her students grow in confidence in all areas of their life once the overcome this fear.

Kelly is also an award winning writer and actress and has experience writing and performing the spoken word during musical concerts. She has learned how to write and structure a speech to engage the audience and keep their attention.

Kelly can be reached at k44ladd@gmail.com.  You can also visit her website here! 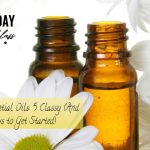 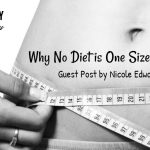 Why No Diet is One-Size-Fits-AllFirst Class Food, Guest Post, Lifestyle