Are You Wild About Salmon?

One of the most enjoyable things about developing a first class lifestyle is exploring the world of quality food. I’ll be delving more into this topic in future posts, but today I want to focus on one food in particular: salmon.

The big question when it comes to salmon is this: wild caught or farm raised? The debate has raged for pretty much as long as farmed salmon has been available. While it does appear that farm-raised salmon has improved over the years, and I believe that any salmon is better than none (Omega-3 fatty acids, anyone?) my personal choice is wild salmon whenever possible. Here are a few reasons why.

Pollutants/Contaminants: Farm raised salmon have tested five to ten times higher in levels of PCB, a type of persistent organic pollutant, or POP, that have been linked to type 2 diabetes and obesity. (Organic in this case meaning “containing carbon” not “no pesticides.”) This has been contested in follow up studies, however the EPA does admit that PCBs accumulate in the bodies of fish when they’re in waters where the pollutant is present. Other contaminants in farm raised salmon are also higher than wild salmon, below the U.S. Food and Drug Administration’s level for safety but in excess of the EPA’s recommended levels for safe for frequent consumption.

While technically not a “contaminant” because it is intentionally added, there is also the issue of dye being added to farmed salmon. Wild salmon is orange due to carotenoids, a potent antioxidant which protects against heart disease, cancer, inflammation, etc. Because farmed salmon do not eat the same krill rich diet that their wild counterparts do, their flesh is naturally a gray color. Would you buy gray salmon? Neither will anyone else. That’s why farmed salmon are given feed containing this antioxidant (which I personally question whether or not that has the same benefits as the naturally occurring kind) in order to give it color but also sometimes has a dye called canthaxanthin added to make its flesh the rich orange color that we see. Artificial colorants have been known to contain compounds linked with cancer, and in children are associated with allergies, hyperactivity, irritability and aggression.

Antibiotics and GMOs: Antibiotic use in farm raised fish in general is reported to have declined, but I have serious concerns about frequent antibiotic use (especially antibiotics in feed) in anything I eat. First because their overuse has led to antibiotic resistant bacteria on an alarming scale and second because we expose ourselves to those agents when we eat the food leading to uncertain results. Similarly, some salmon stocks are being fed genetically modified yeasts. While this does not concern some people, I have chosen to exclude myself as much as possible from the massive human experiment taking place with GMOs (Genetically Modified Organisms). This includes avoiding animals fed GMO feed. There just hasn’t been enough time to honestly judge the safety of these foods, both for human consumption and their impact on the environment at large. Even more concerning is the possibility that GM salmon may be approved by the FDA despite large public outcry. If approved, the fish almost certainly would not be labeled as a GMO.

Environmental Damage. Fish farms are located in natural bodies of water. According to Eating Well magazine: “many farms use crowded pens where salmon are easily infected with lice, may be treated with antibiotics and can spread disease to wild fish.” There is mounting evidence of sea lice becoming a hazard for wild salmon due to contamination from farms. Farm waste, parasites, etc. are also released into the surrounding waters, damaging other sea life. Natural fish eating predators like sea lions and seals are also drawn to the fish farms for a meal and end up getting snared in the open net cages and dying, and are sometimes shot by farm workers.

Nutritional value. Despite efforts to assure people that farmed salmon is just as nutritious as wild salmon, the data just isn’t supporting that position. This excellent chart from authoritynutrition.com (compiled using data from the USDA) breaks down the differences succinctly.

Taste! Last but certainly not least, food is meant to be enjoyed. I have not found any farm raised salmon to be close in the flavor department compared to wild caught. I don’t think the environment can be adequately duplicated in a controlled farm to reproduce what the salmon goes through that creates its delectable flavor. The swimming, the struggle, the krill they eat, the general openness and freedom in which they exist in the wild is the equivalent of terroir in wine. You just can’t artificially create it.

But is it sustainable? The reason many people turn to farm raised fish is over concerns about over-fishing depleting the supply. This is a very important issue as I believe that good stewardship is an important part of a first class lifestyle. This is very true of Atlantic salmon. I don’t recommend eating Atlantic salmon, farm-raised OR wild. This salmon supply has been consistently overfished for decades and in some areas the fish has disappeared completely. That’s why I recommend only eating wild salmon from Alaska and the Pacific Northwest, where supplies are still plentiful and there are strict regulations on how much fish can be pulled from the waters.

So where do I get my fish? I have had some great Alaskan salmon, but I have to admit…there’s a special place in my heart for Lummi Island Wild Sockeye Salmon from the Fraser River in Washington. Salmon get much of their flavor from fat, and the harder the journey ahead of them, the more fat stores they have for the trip. The salmon that head up the Fraser River have a rough road ahead of them as it is some of the most tumultuous waters in the larger salmon rich area. Therefore they have beautiful fat stores leading to a great depth of flavors. The fish is caught in a process called reefnetting before they enter the river, so their omega-3 rich fat is all intact.

The reefnetting process yields a distinctively delicate and balanced tasting fish. Check out their video and read more about the benefits of reefnetting here: http://www.lummiislandwild.com/our-standards/

If you are in the Atlanta area, you can join the local buying club co-op and get discounted fish. Sign up for the “fish list” here to get more details. There is currently a fish buy open, but it closes on September 7th so if you’re interested, time is of the essence!*

If you aren’t in Atlanta but still want to give Lummi Island a try, visit their website and look up a buying club in your area. http://www.lummiislandwild.com/buyers-club/

Again, I believe that any salmon is better than no salmon. I also believe that salmon farms that are actively pursuing more environmentally responsible and sustainable practices should be supported. But for me, for now, I’m keeping my salmon wild!

*If you sign up for the salmon co-op list, please tell them that Everyday First Class sent you! I do receive compensation in the form of free fish if you do place an order, and we thank you very much for your support of the work we’re doing here at EFC! Enjoy your fish! 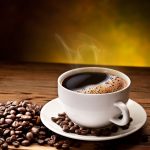 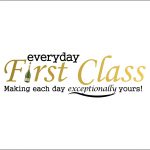