Do you believe in angels?

Millions of people around the world and through history have not only believed in angelic messengers from God, but that belief has helped shape cultures and even daily life. A number of religions include angels or angel-like beings, and the belief in personal angels or guardian angels, is held by many.

What would life be like if there really were guardian angels and you could talk to them? I explore this concept with my new fiction series, Guardians of Redemption, and the first book is now available through Amazon or you can order it at your local bookstore!

If you haven’t already liked my Facebook page, please do! I’ll be sharing ways to win a free copy and other contests!

Play It Again, Frank in paperback

Frank Barton, stock broker and con man, thinks he’s ending it all when he hangs himself after the stock market crash of 1929. But his guardian angel, Anna, has other plans. Frank is offered a second chance at life, but only if his ghost can snag another human body at the exact time they die by suicide themselves.

Almost ninety years later, Frank gets his chance with the life and death of Marshall Wallace, investment manager and owner of Midas Touch Investments. But as Frank assumes Marshall’s life he discovers that Marshall had good reason for choosing the nuclear option. The disaster that awaits him is worse than Frank could imagine.

Faced with a nightmare at home and at work, Frank must now make amends for the wrongs of two lifetimes, and the clock is ticking. With a little angelic help, will he fix Marshall’s mistakes in time or will he spend his second chance paying for the sins of the past? 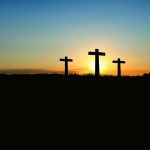 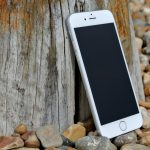